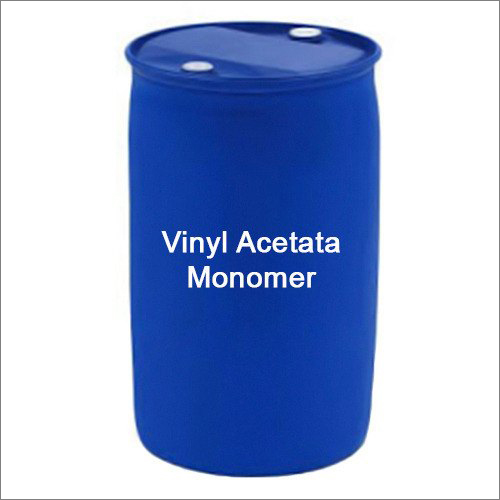 Vinyl acetate monomer refers to an organic component that is a colourless liquid and is the precursor to polyvinyl acetate and ethene-vinyl acetate. It is prepared from ethylene by reacting it with oxygen and acetic acid over a palladium catalyst. It is widely used in the production of polymers for paints and coatings, glues, sealants, adhesives, textile finishes, paper coatings, binders, films, and a myriad of other industrial and consumer applications. Vinyl acetate monomer is a clear, colourless liquid with a sweet, fruity smell and very flammable and may be ignited by heat, sparks, or flames.